Known for its sparsely urbanized beaches and idyllic landscapes, Fernando de Noronha/PE is a destination full of activities for all travelers. There, you can enjoy world-famous beaches, discover the entire main island through hiking trails, take diving rides, and visit educational and adventure attractions. Among the options, Praia do Sancho stands out, as it has been considered the best beach in the world several times. Regarding tours, there are plenty of options for you to get to know the island by land or sea. Look at some of the activities you can do there: 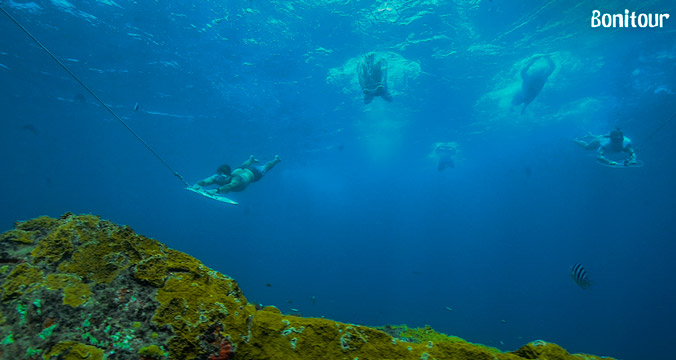 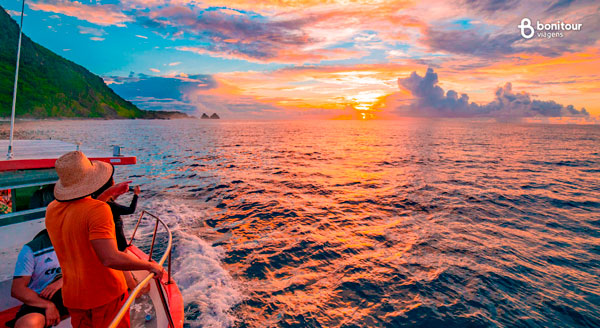 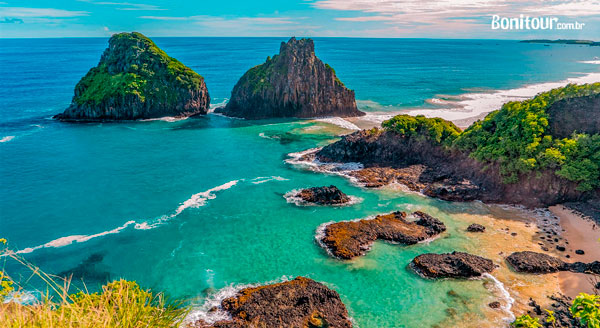 When we talk about coastal tourism, we don't expect anything less than a seafood feast. And that's exactly what the gastronomy of Fernando de Noronha/PE offers. Get ready to savor delicious recipes made with shrimp, lobster, octopus, squid and even shark. All with a special touch of Northeastern Brazilian spices. During the famous Gastronomic Festival of Zé Maria’s restaurant, which takes place every Wednesday and Saturday, you can try dozens of typical dishes prepared with fresh fish. Fernando de Noronha/PE offers a variety of places to eat, including regional restaurants, which offer simple and well-seasoned meals, gourmet spaces, bars and snack bars with exquisite dishes. 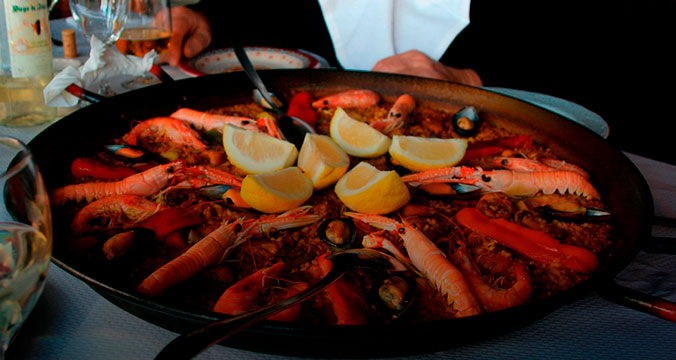 The island's extension of 17 km²/10mi ends up being an advantage for those who have little time to explore Noronha and 4 days will be more than enough for you to get to know the entire length of the archipelago. During this period, you’ll have enough time to enjoy some of the best tours on the island and discover places such as Praia do Sancho, Morro Dois Irmãos and Mirante do Boldró. Check out unmissable tours for a 4-day itinerary in Fernando de Noronha/PE: 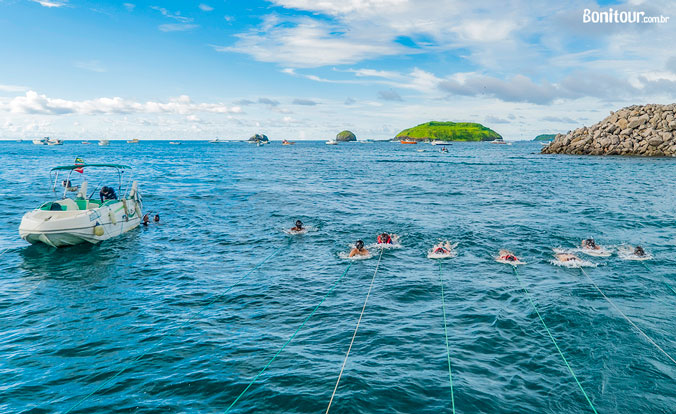 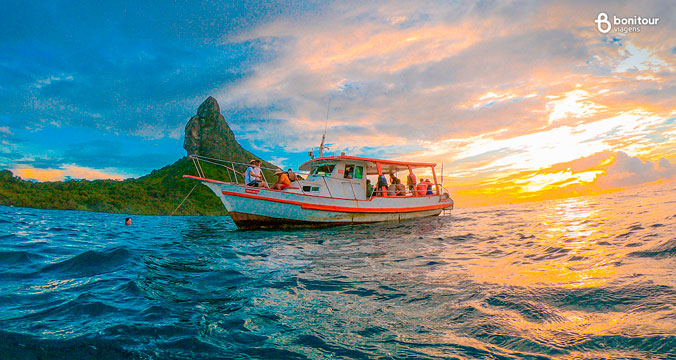 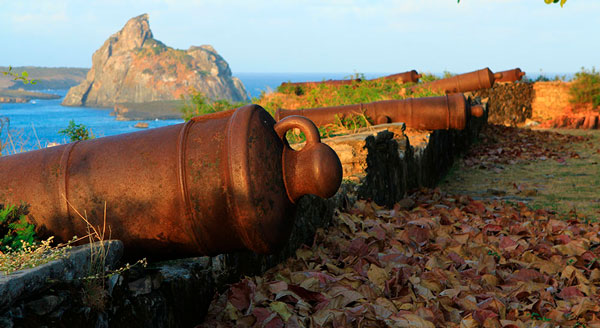 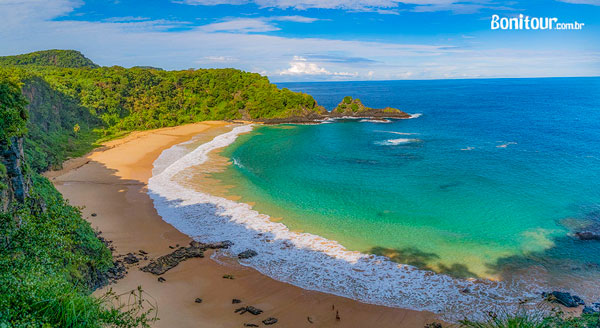 The destination is well marked by the periods of vacations and holidays from Brazil, therefore, the high season periods happens between December and February, in addition to July, when the island is fuller. Consequently, the prices of tickets, accommodation and services tend to go up.

If you want less movement and more inviting prices, the months between April and June are great options, as periods of low season.

Furthermore, during the month of February and between August and December, happens what we call the mid-season. During this period, as the name implies, the movement in Fernando de Noronha/PE is in the middle between high and low season.

Check out some options to enjoy Fernando de Noronha all year round: 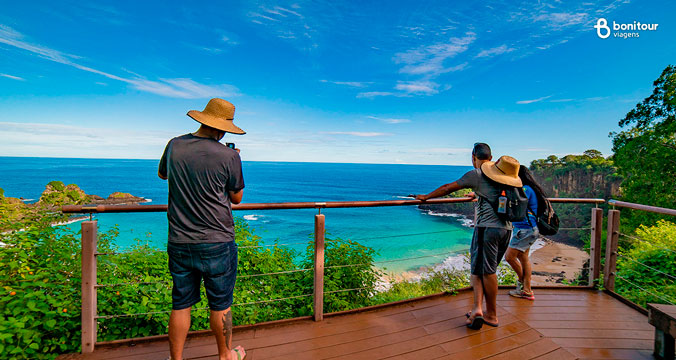 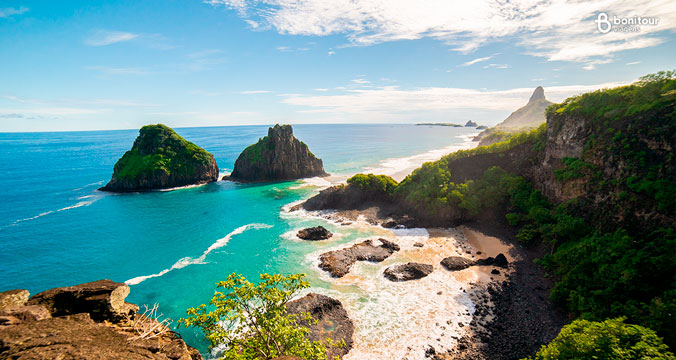 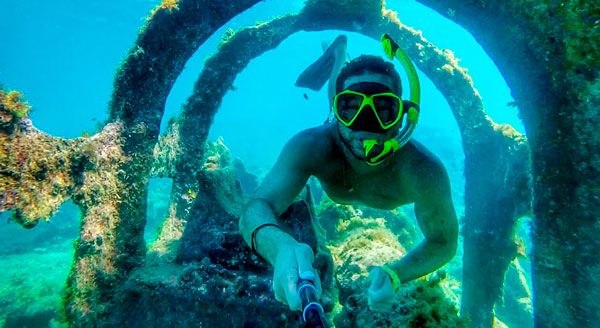 Located in the state of Pernambuco, the Fernando de Noronha archipelago is the result of a series of volcanic eruptions and emerged about 12 million years ago. The beauties of the islands that make up the archipelago were discovered on 1503, during a marine expedition. Since then, its paradisiacal beaches have not ceased to be visited and admired.

Traveling to Fernando de Noronha/PE is a dream that many Brazilians want to fulfill, and no wonder: the archipelago delights everyone by offering unconventional tours, such as the incredible experience of swimming with dolphins, turtles, colorful fish and even sharks, in the crystal-clear waters of the main and most beautiful Brazilian Marine National Park. Fernando de Noronha/PE provides a unique contact with nature through forests, sea and volcanic rocks.

The archipelago is formed by 21 islands, but only one of them is inhabited. The main island, also called Fernando de Noronha, has 17 km²/10mi of extension and exuberant nature, offering visitors enchanting trails that lead to beaches with crystal-clear waters. The diverse marine fauna and the sunset synchronized with the Morro Dois Irmãos, are one of the main attractions of this magical place.

Ecological tourism moves the region and is the main activity of the island's inhabitants, which, despite being small, has a large historical and cultural heritage. The archipelago houses about 10 forts built by the Portuguese in the 18th century, and Vila dos Remédios - the island's first urban center - concentrates the history of Noronha. There, it’s possible to visit the ruins of the Nossa Senhora dos Remédios Fortress, listed as a national historic heritage site.

Noronha has a tropical climate and year-round sunshine, so the temperature stays at an average of 28 °C/82ºF and the waters between 24 °C/75ºF and 26 °C/78ºF. There are two well-defined seasons at the destination: the dry season, which takes place from August/September to February, and the rainy season, which takes place between the months of March and the end of May.

However, even in the rainy season, it does not mean that there will be precipitation every day or even throughout the day. So, have peace of mind when planning your trip in the wettest season. Sunny days are very common, and rainfall is localized.

During the rainy season, it is important to bring closed shoes if hikes are included in your itinerary, to protect your feet on possible muddy trails. 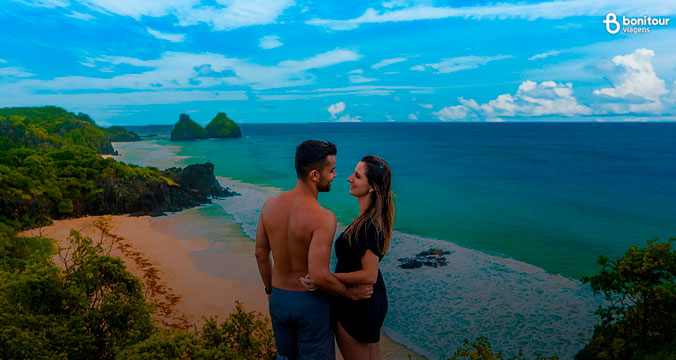 Learn more about Fernando de Noronha:check out the complete guide about the destination. 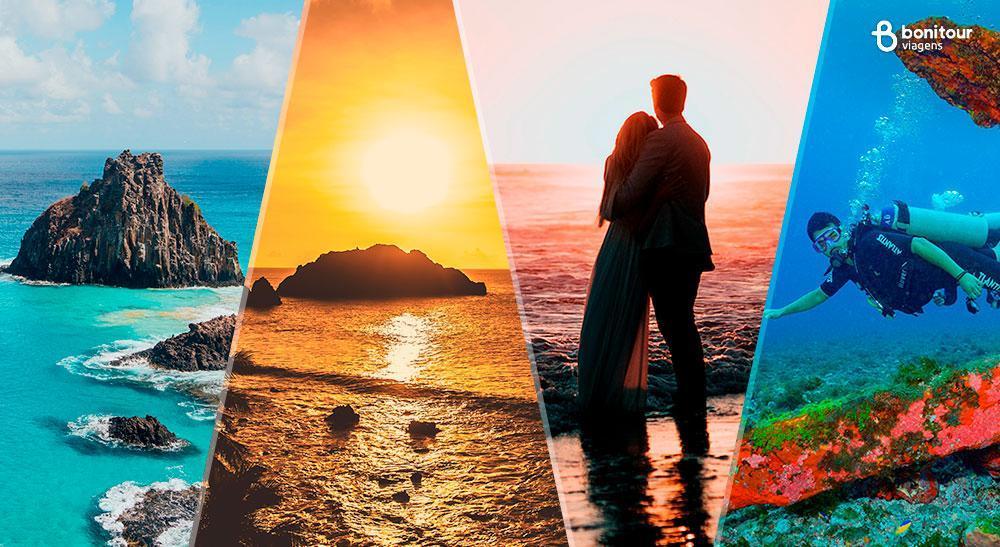 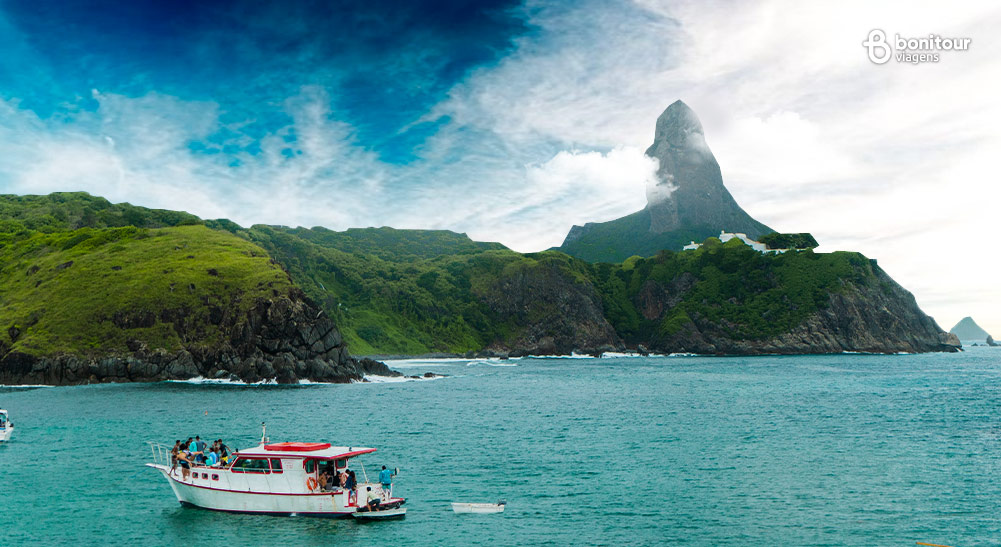 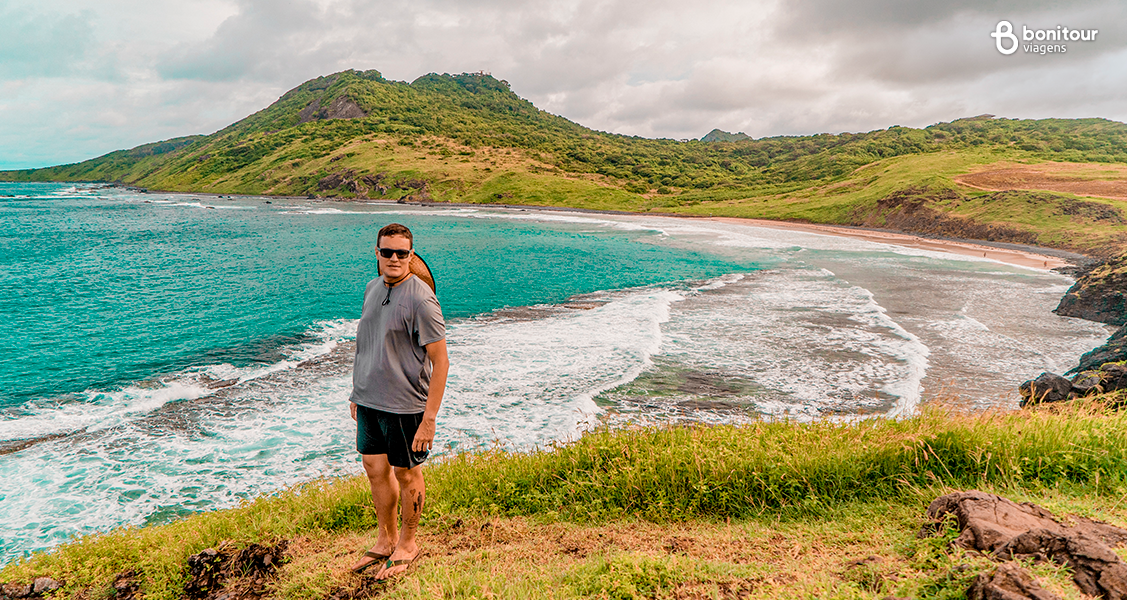 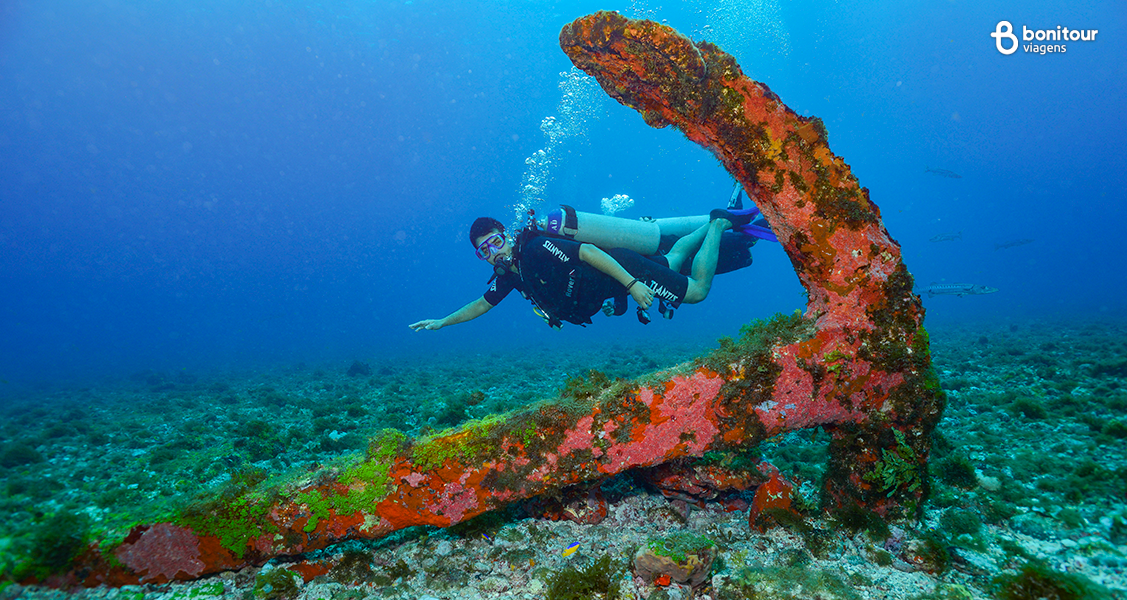 Check out the complete guide about Fernando de Noronha/PE!

Where will your next adventure be?